The suggestion is that entrepreneurs, even our 6 entrepreneurs or archetypes have different characteristics that help them succeed in their tasks. First based on international research that had identified five profiles.

After Lindstrom’s time in 2005 at Boston University – Entrepreneurial Institute, and around the Boston ecosystem, it was observations he made there and studies and research conducted with the Entrepreneurship Program at Boston University that was the starting point in his research. Later in the years of around 2007, Stefan came up with his first thoughts, and later on, the first embryo that there could be a sixth one. Previous international research had identified five different profiles.

It is this research – the 6th archetype The swede whose research found the 6th entrepreneurial archetype -(researchgate.net) that he had the privilege to launch at ICOT the international Conference on Thinking in Kuala Lumpur in Malaysia in 2009. And that led to the world’s first Entrepreneur Profile Test that he developed together with licensed psychologist Hans-Olle Frummerin and that was launched in late 2010. By doing the EntrepreneurProfileTest,  you will and out which of these archetypes you are closest to and what is significant for that particular one and them. You also get a personality profile.

Lindstrom later on in 2018, Lindstrom talked about his archetypes TEDx.

This TEDx https://www.ted.com/talks/stefan Lindstrom  What’s so special about entrepreneurs  is also about Lindstrom’s latest research within birth order and education levels among these 6 different EPT test – archetypes.

The talk is about the answer to the question: What makes an entrepreneur? based on studies and experience. Different types of entrepreneur´s with different backgrounds and motivations, and with different impacts and results. Common characteristics of the different archetypes.

The word entrepreneur can describe a person who is creative and driven and who succeeds in starting a business/company.
Entrepreneurs can change directions on things, create, and design new approaches. Other ways to try to describe them are words like high autonomy, anti-conformity, and action-oriented, taking responsibility in combination with visionary thinking.

Positive attitude towards work and devotion – well, the list can be made long.

What is an entrepreneur ?

An entrepreneur is a person who takes an idea for a product/service, considers the risks, identifies opportunities, gathers resources, and plans and implements the idea. It can also be described as an action-orientated person – see the dictionary and more about Entreprenology, Entrepreneurlogy, Entreprenologist and Entrepreneurship.

History about the EPT – test.

Stefan Lindstrom presented in 2009, his research at  ICOT International Conference on Thinking in Kuala Lumpur a sixth archetype: the Workstyle profile and archetype.

Lindstrom, together with psychologist Hans-Olle Frummerin, then created the first version of Entreprenörprofiltest in Swedish, launched in 2010 and in English 2020 –  History – Entrepreneur profile test.

EPT – Entrepreneur Profile Test – is developed by Stefan Lindstrom and Hans-Olle Frummerin (Licensed psychologist). This after an idea by Nicklas Mattsson at that time, editor in chief of the Swedish magazine Entreprenör.

Lindstrom and Frummerin have created the test, based on Lindstrom’s knowledge of and his research (ResearchGate) about entrepreneurs, combined with experience of behavioural tests.  This as well as Frummerin’s extensive knowledge within psychology, personality & behavioral tests as well as psychological tests.

Both as management consultants within personnel & organizational development

The Own Business Fair, 2010 in Stockholm Sweden saw the launch of the – Entrepreneurial profile test – a questionnaire that helps determine which of 6 entrepreneur profiles or archetypes as we have chosen to call them, you are closest too. 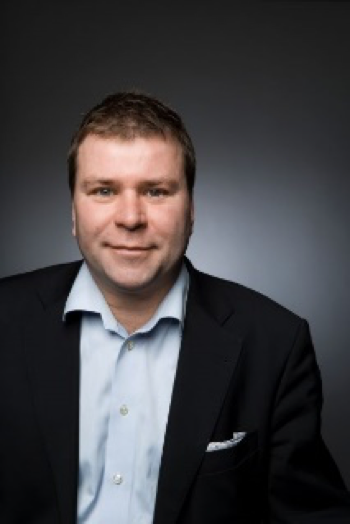 Read all about them all on https://stefanlindstrom.com/type-of-entrepreneurs/

Welcome, here below I have collected mine and ours various studies and research.

ResearchGate is a European commercial social networking site for scientists and researchers to share papers, ask and answer questions, and find collaborators. According to a 2014 study by Nature and a 2016 article in Times Higher Education, it is the largest academic social network in terms of active users.

While reading articles does not require registration, people who wish to become site members need to have an email address at a recognized institution or to be manually confirmed as a published researcher in order to sign up for an account

The conference is the world’s premier assembly to present ideas on a wide scope of topics. Speakers present talks on education, leadership, business, health & medicine, science and technology, the environment, and the humanities. The International Conference on Thinking is operated by a U.S. committee headed by David Perkins, professor of education at Harvard University.

From ICOT: Lindstrom himself is an entrepreneur who became interested in how people and especially entrepreneurs, work and think. He presents his ideas on how one can benefit from their experience in the business world and for individual development as well as personnel and organizational development.

Lindstrom has also developed learning programs for a variety of businesses and organizations over the years. During the late 90s, he participated as a lecturer and was an inspiration for the SAF’s (now Confederation of Swedish Enterprise) project “Start your own ”. The goal of that conference was to disseminate knowledge about entrepreneurship throughout Sweden. Lindstrom has also lectured at Stockholm University. He is currently a sought-after speaker on the management circuit in Sweden and around the world.

In 2005 he lived in the United States for study and research at the Entrepreneurial Management Institute at Boston University School of Management.

–Thank you, Mr. Peter Russo – former Director of Entrepreneurial Institute, Boston University School of Management for all your help through all these years of my studying and guiding me on my research – entrepreneurs and “how they think” that help me to figure out the 6th archetype (workstyle) (The swede whose research found the 6th entrepreneurial archetype (researchgate.net)  that was later launched at The International Conference on Thinking in 2011. That also gave me the privilege to contribute with these six archetypes in my TEDx. talk in  April 2018 where you were of big help and support!